Concerns about the lack of local benefit from large scale renewable energy projects in the county and impacts on the landscape have led a team of local investment and community specialists to launch a new organisation designed to profit Cumbrian residents, their communities and local businesses, whilst safeguarding the special qualities of the Cumbrian landscape.

Community Energy Cumbria has just launched its first share offer into a 30kW hydroelectric plant on the overspill of Killington Reservoir and a 29kW solar photovoltaic array on the head office of the Lake District National Park Authority at Murley Moss.

The Cumbrian enterprise aims to raise £300,000 by September 2015. In the first fortnight alone, the organisation received over £50,000 of share applications from Cumbrian residents.

Those involved in the setup of the organization expect to exceed that target and are encouraged by the response to date. “We are absolutely delighted by the response.” said Community Energy Cumbria director and advisor Caroline Turner. “With an expected return for investors of 5% interest per annum over the 20 years of the projects and the possibility of significant investment relief on income tax, shares are being snapped up. Investors can also claim up to 50% tax relief on their investment, meaning that if someone invests £1000, they could reduce their annual tax bill by up to £500. When the share offer closes in September, priority will be given to applicants who are residents of Cumbria, so we’re keeping this as local as possible”.

Regulated by the Financial Conduct Authority (FCA), the rules of the new enterprise stipulate that it conducts its business to benefit the community. To this end, having paid interest to local investors and covered the running costs of operations, all surplus profits will then be reinvested in a wide range of community and environmental projects across Cumbria.

The new organisation is spear-headed by Phil Davies, who is well known across the county for his environmental work at Cumbria Action for Sustainability, a charity dedicated to delivering a low carbon future for the county. Phil strongly believes that the initiative is long overdue and something Cumbrians can be really proud of. “This is about Cumbrian people taking control of our county’s ability to generate renewable energy, then distributing the income more fairly between a large number of small, local investors and local community projects. Cumbria has some of the best renewable energy companies in the UK, so why shouldn’t we be using local companies and local people to create a sustainable income? This is about addressing this issue; it’s about creating an enterprise that fairly supports our local businesses and communities. With the launch of these two projects, and many more to come, I will feel more assured that when the sun shines or when the rain falls, the people of this county will benefit properly.”

Once investment is in place, the installations will also support the Cumbrian economy, with Burneside-based Ellergreen Hydro project-managing the installation of the hydroelectric plant at Killington and Penrith-based national experts Sundog Energy overseeing the solar project at Murley Moss.

The two projects are being hosted by the Canal & Rivers Trust and the Lake District National Park Authority who have given their support to the projects by permitting installation of the hydroelectric scheme and solar photovoltaic scheme respectively.

Lake District National Park’s head of resources, Mark Hoggar, said: “By offering Community Energy Cumbria our roof space at the Lake District National Park head office and by agreeing to buy the renewable energy generated by the solar panels, we are demonstrating our commitment to the community, to finding ways of supporting local businesses and to further reducing carbon emissions. We are confident this scheme meets the key principles of sustainability.”

Community Energy Cumbria has developed videos explaining the ethos behind the organisation and their proposed installations. The videos, along with the detail surrounding the share offer are available to see on their new website www.communityenergycumbria.org.uk. 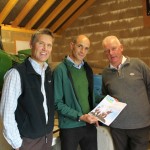 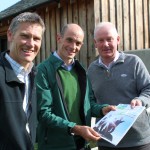 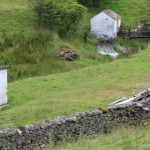 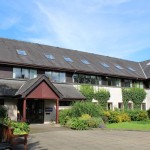 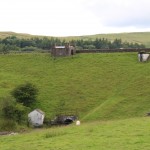 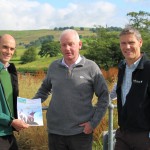